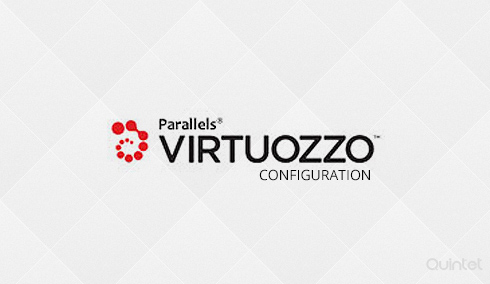 Virtuozzo is a sophisticated control panel that allows an administrator to create virtual environments or containers on a host computer at the operating system (OS) layer. It approaches virtualization by running a single OS kernel as its core. It exports that core functionality to various partitions on the host which effectively becomes a stand-alone entity called a virtual private server (VPS).

Virtuozzo includes a proprietary Kernel Service Abstraction Layer (KSAL) that have access to kernel and prevents any independant containers from bringing the host server down. It’s proprietary file system prevents a software fault in one partition from impacting an application or data in another partition. Every VPS has independent logins, system processes and daemon services. Since the underlying operating system is always running, each VPS can be rebooted independently and data can be migrated to another virtual environment on a live host. This is one of the main reasons why Virtuozzo has the reputation for being a good choice for production servers working with live data and applications. THe architecture of Virtuozzo eliminates system calls between different layers, which reduces CPU usage dramatically. Common binaries and libraries on the host machine can be shared, making it possible to host thousands of VPSs on the same machine.

Quintet provides support for Virtuozzo over OpenVZ. We have Engineers well experienced in installation and configuration, according to the clients requirements. Our team can manage your OpenVZ servers and are capable of providing all kinds of technical support for Virtuozzo. We support installations for 3rd party control panels over OpenVZ servers for managing and monitoring of nodes. We can accomplish seamless OpenVZ migrations on to new servers.

What you will gain by using Virtozzo