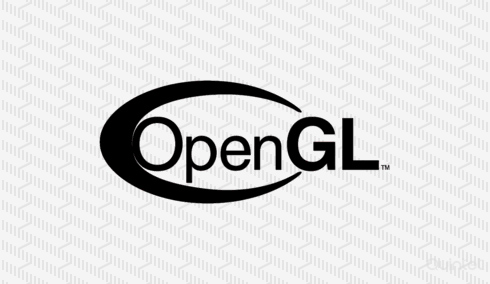 OpenGL is a set of cross platform API calls for rendering 2D and 3D graphics. Ever since its release in 1992, OpenGL is used extensively across different software platforms and information technology domains for 3D and 2D graphics programming. OpenGL is a very low level API and relies on basic geometric shapes like lines and triangles to build complex graphic models. The API methods in OpenGL are called commands. There are 150 odd distinct commands and they can be used to build complex 2D and 3D models. These commands are hardware independent and can be used across different platforms.

For embedded devices like smartphone, OpenGL has a cut down version named OpenGL ES. It is considered as a subset of main OpenGL and is supported in popular mobile platforms like iOS and Android. If you want to create a software with 3D geometric models, you are going to use a low level API like OpenGL. There are many 3D modelling softwares that can build complex objects, but they must use a low level API, like OpenGL in the backend.

If you have a software in mind that require interaction with a lot of 3D models? If you are thinking of a mobile application and looking for suitable iOS or Android developers? We have people here who could do the job for you.

We have designers who are good at complex 3D modelling tools like Blender, Maya etc. We also have designers who have done a lot of designing for popular mobile platforms like iOS and Android. They already have well received designs in their credit.

Developers who are skillful and experienced

We have developers who are skillful in graphic programming in different environments, be it mobile, web, desktop etc. They have experience in low level OpenGL as well as integrating with complex 3D models. We are eager to work on new challenges. Please do not hesitate to contact us.