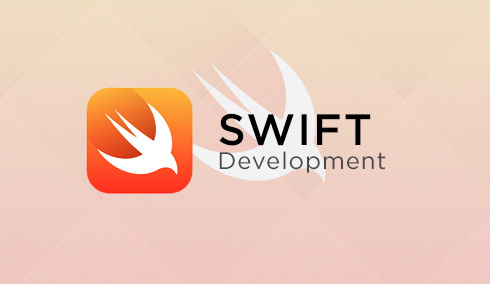 Swift is an ingenious new language for iOS and OS X development. Apple has declared Swift as ‘Objective-C without C’. It is designed to work with Cocoa and Cocoa Touch Frameworks. It is much more concise and enjoyable as a scripting language. Swift feels familiar to experts and friendly to newbies. With the introduction of Swift, Apple speeds up the app development process. This attracts more customers as they would be able to use better high quality apps and development can be done in a more timely fashion. Our iOS developers here at Quintet have been playing a lot with the Swift beta release and developed several apps on it. We have done projects which made use of the attractive features Swift offer such as multiple return types, closures, generics, type inference, namespaces and a Playground for ‘live-coding’. Along being resilient to erroneous code swift is faster than Objective-C, keeping all the advantages of Objective-C and adapting more from the modern scripting language. Our developers worked in and out with Playground, which provides an environment to experiment with Swift code. We were able to achieve record breaking deadlines as playground helped to view the output as we type the code in the editor and thereby by passing the compiling and running process.

Undoubtedly Swift is the language for next generation iOS Apps and our developers here are working on mastering it. Swift is using ARC (Automatic Reference Counting) for memory management and our developers are have gained much knowledge in it, to make sure the final product is perfectly optimized. Playground is used effectively to overcome any flaws that could occur while the application is built.

We can help you in the transition of your existing application on iOS7 to iOS8 with ease no matter how complicated your app is.

Having difficulty finding developers who offer upgradation of your App to iOS8? We are here to help you . Our iPhone developers in India have been well versed with iOS since the very first release of iOS. iOS has evolved a lot over the years and Apple Inc’s new Swift language a “huge leap forward for iOS ecosystem”

We can gather the user’s recent facebook activity by the integration of facebook API in your websites. This will help in live data sharing and user status updates which will be useful for the growth of your business and deciding on what direction to move on.

We can integrate the facebook chat feature into the applications we develop or any messaging applications. This chat function is connected via jabber/XMPP service.

Users can increase the application’s usage by sending invitation to their facebook friends. The api gives details about your existing friends in your application. Once we do the API integration you can send dialogues along with this application.

SWIFT is Designed for Safety

Swift eliminates entire classes of unsafe code. Our developers are well versed with coding in the Swift environment which has increased safety with type inference, restricted direct access to pointers, and automatic management of memory for a stable software which is secure as well.

Swift includes optionals, generics, tuples, and other modern language features. Inspired by and improving upon Objective-C, Swift code feels natural to read and write and its worth upgrading to it.

At Quintet we take advantage of powerful pattern matching in Swift to write simple, expressive code. Format strings naturally with string interpolation. Use frameworks like Foundation and UIKit directly from Swift. From its earliest conception, Swift was built to be fast. Using the incredibly high-performance LLVM compiler, Swift code is transformed into optimized native code, tuned to get the most out of modern Mac, iPhone, and iPad hardware.