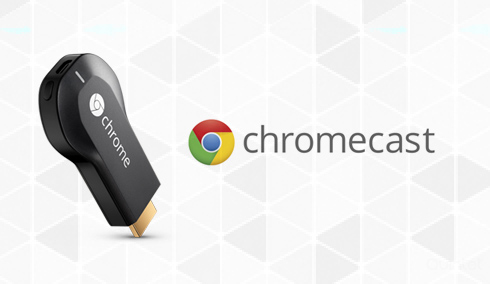 The Chromecast is a simple looking 2 inch dongle which looks very much like a USB pendrive. Inside this dongle runs the Chrome OS and has a 256k memory . If you plug it into your TV’s HDMI port, it connects to the home’s wifi and acts as a portal for the content on your mobile device. You can cast apps on your mobile devices or computer to the Chromecast. This way , your phone or tablet resources aren’t being hogged with streaming tasks, battery doesn’t get utilized much either. Chromecast can run flawlessly on Android Tablets , smartphones , iPads and iPhones, Chrome for Mac and Windows.

Chromecast growth has been growing rapidly . Some of the few apps that run efficiently on Chromecast are YouTube, Netflix , HuluPlus , AllCast , Plex Media Server , Vadu and Crackle, HBO GO etc .

Google Launched Chromecast and opened it up for the developing community on February 3rd, 2014. Since then Quintet Solutions has been working on enabling Casting feature to all possible apps across iOS and Android. Chromecast is beautiful piece of hardware, which lets us to cast data on small screen to large screens & televisions. Chromecast makes it easy to enjoy all of our favorite online content on a TV screen with the simple press of a button on your phone, tablet or laptop. Our Chromecast Developers are available for developing and publishing Google Cast-ready apps for iOS, Android and Web apps.

The speciality of Chromecast doesn’t limit with mobile devices, you can as well use it with Chrome browser on any platform and also Chromebooks. Our web application developers can create beautiful web applications which can use the Google Casting technology to put media and non media contents as needed to the larger screen in your office or home.

It has been demonstrated that, it is possible to use the Chromecast casting features on your mobile device to make the mobile device a wireless joystick for the games which are casted on TV. As there are many a different types of sensors, those could be used to create wonderful mobile applications which can also use the TV as its screen.

Related Services that we provide